See what's happening at Tallo and get involved! View upcoming events. Check out whats new on Tallo. Learn more.
Support Log In
Does Gen Z Want To Use TikTok Resumes To Land a Job? - Tallo
Skip to content
Back to Blog 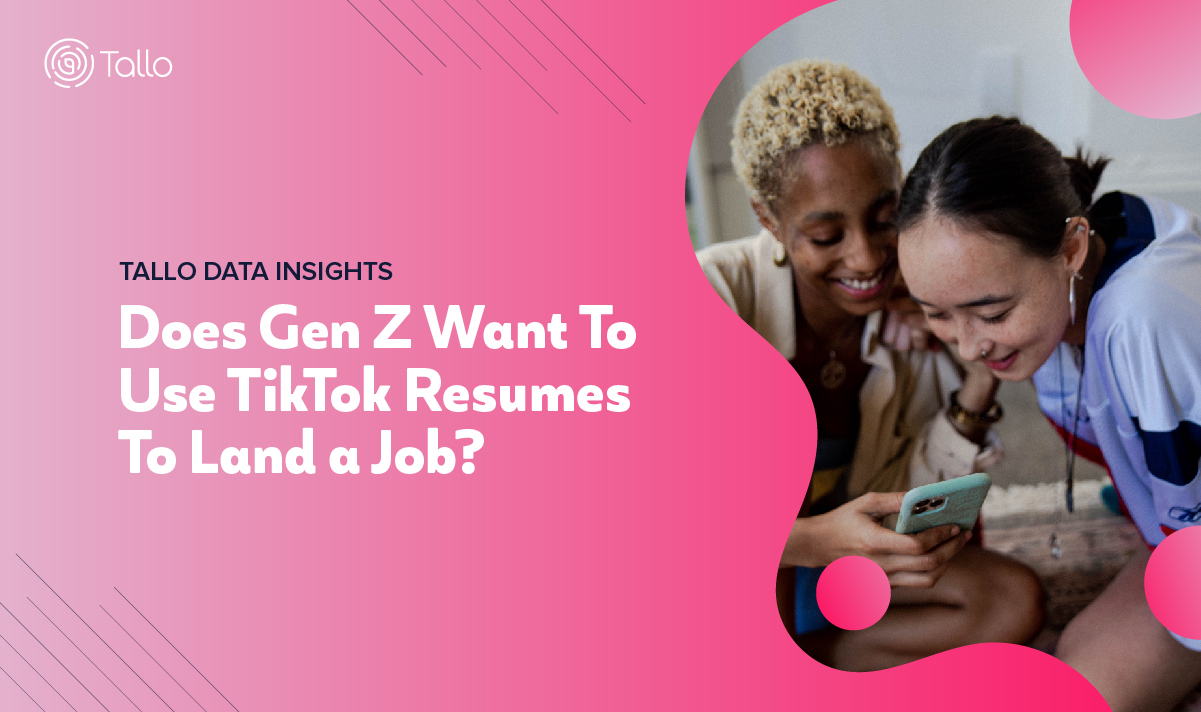 This summer, the social media platform TikTok piloted a video resumes tool to help connect their users (primarily members of Generation Z) with companies looking to hire. This new Tiktok video resumes feature gained a lot of attention very quickly, partially due to the large brands that signed up to connect with young talent including Chipotle, Target, Alo Yoga, and Sweetgreen.

With the combination of more and more Gen Zers entering the workforce for the first time, the “Great Resignation” signaling that 65% of employees are looking for a new job, and the labor shortage endangering businesses in certain industries (especially retail and food/beverage), employers are looking to attract new workers any way they can. When TikTok — a leading social media platform for Gen Zers — announced their video resume tool, many recruiters jumped at the opportunity to find young talent on Gen Z’s “turf.” But this begs the question: does the next generation of workers want potential employers to connect with them on TikTok? And the specific platform aside, are Gen Z job seekers comfortable with presenting a video resume over a traditional resume?

To get to the bottom of Gen Z’s perceptions on connecting with employers using video resumes and personal social media channels, we asked 1,500+ Gen Zers to share their thoughts.

How do Gen Zers feel about creating video resumes?

For those Gen Zers who do wish to make a video resume, TikTok isn’t even close to being their first pick. When we asked respondents to select the site they’d be most comfortable recording and uploading a video resume on, Tallo came in first, and other traditional networking sites like LinkedIn, Indeed, and ZipRecruiter ranked towards the top of the list, while personal social media platforms TikTok, Facebook, and Twitter received the fewest votes. 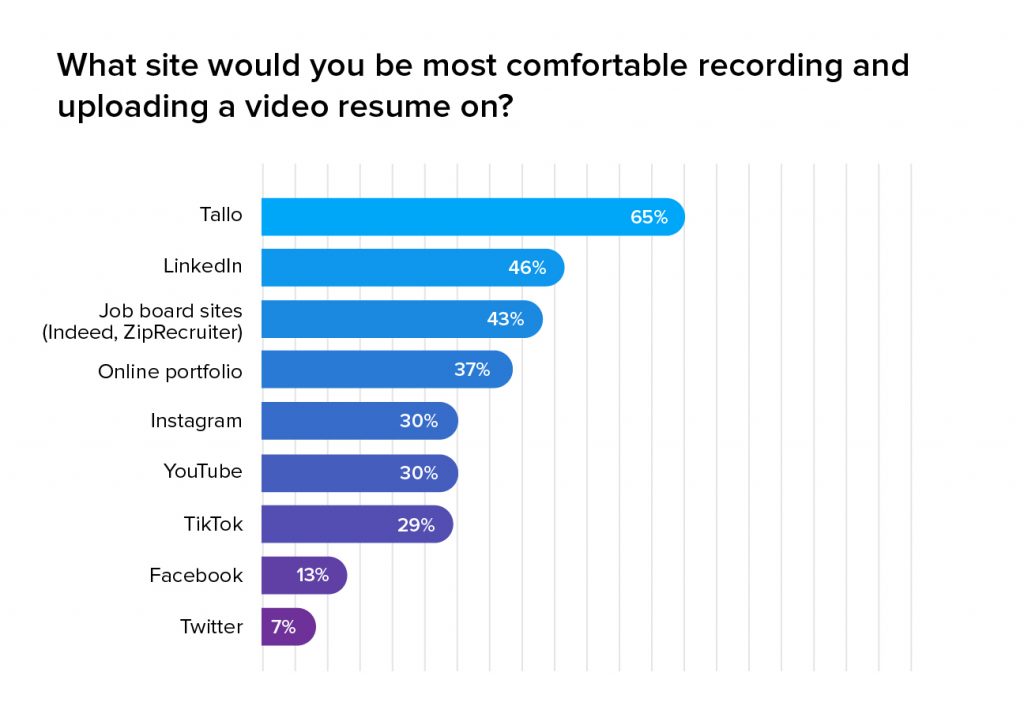 All online connection platforms are not created equally

This got us thinking: Do Gen Zers doubt the importance of resumes for their future careers, or are they just picky about which platforms they want to use to share them? This was easily clarified by our respondents: The vast majority (90%) believe that resumes will still be important in the future, but nearly half (49%) are uncomfortable posting personal content and professional content on the same social media platform. When asked directly if they would ever consider using TikTok Resumes to apply for a job, only 26% of survey respondents stated that they would.

When the TikTok video resume tool was announced, experts immediately voiced concerns about what this would mean for potential biases in the hiring process, and we saw those concerns echoed by Gen Z. The majority of survey respondents (55%) believe that video resumes will increase bias in the interview process. Only 15% believe that video resumes will reduce bias, while 30% responded that they didn’t know or didn’t have an opinion. 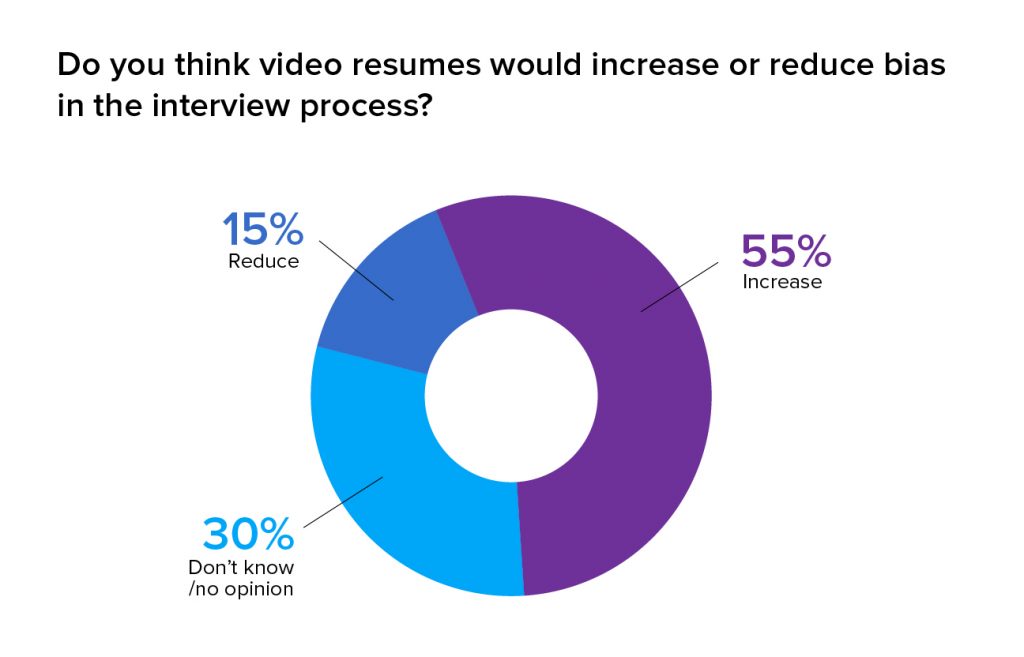 What do Gen Z job seekers want recruiters to know?

According to Gen Z, 44% believe the most important factor to showcase to recruiters on a resume is previous experience, followed by professional summary (16%), hard skills (15%), and creative personality (13%). When sharing these qualifications and skills with potential employers, 72% of Gen Zers believe that a traditional resume — on paper, a Word document, a PDF document, etc. — would be better than a video resume. However, when it comes to demonstrating different parts of a resume, Gen Z overwhelmingly agrees that video resumes are more effective than traditional resumes to showcase their creativity and personality. They don’t seem to have much confidence that TikTok’s video resume tool would showcase their hard skills, soft skills, education, etc. better than a traditional resume. 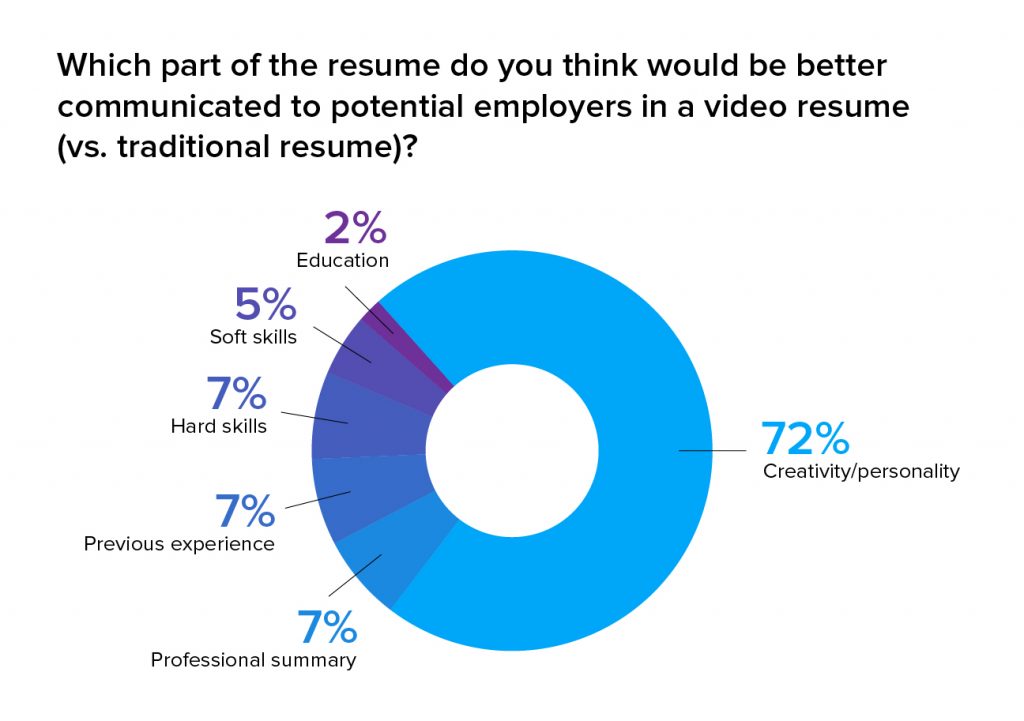 So, if a candidate’s personality and creativity are the most critical factors when it comes to finding the right fit, then TikTok’s video resume tool could be a good match. However, for any industry or position where those elements don’t align with a candidate’s ability to do the job, it doesn’t look like TikTok’s video resume tool will provide the employer with the right information to make a decision, or the Gen Z job candidate with the right medium to showcase their skills.