Colleges & Universities: Join Tallo's 2022 College Fair of the Year! Learn more.
Support Log In
Student Survey Results: 3 Stages of COVID-19 and How Students Were Affected - Tallo
Skip to content
Back to Blog 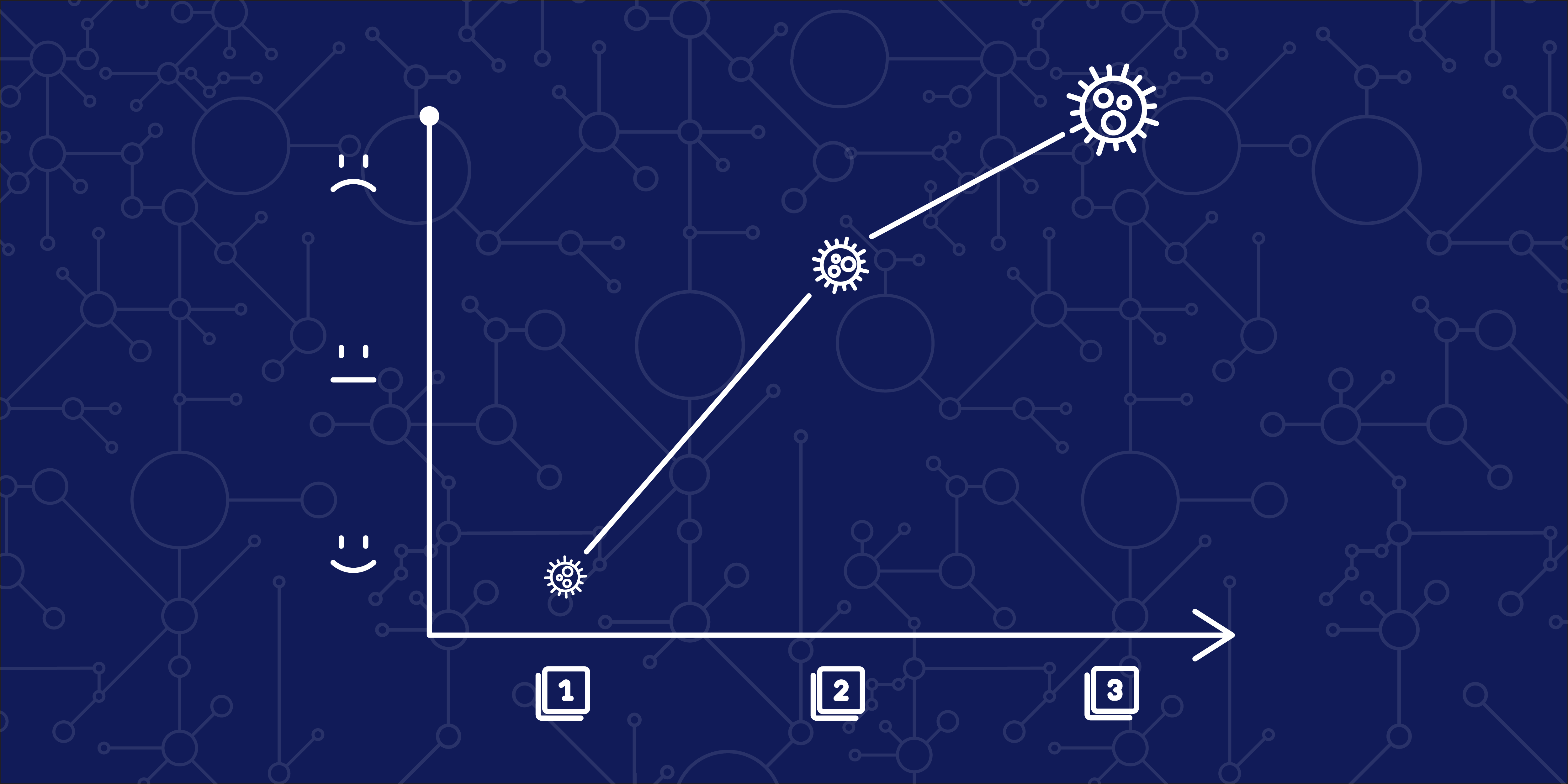 For three weeks Tallo surveyed students to learn how COVID-19 is impacting their lives. We heard from nearly 1,000 students and saw how drastically their day-to-day lives shifted from March 10 to March 24. With more than half of the country instructed to stay at home, and millions more choosing to self quarantine, we wanted to check in with our students and hear directly from them about their own experiences during this pandemic. We asked, you answered: 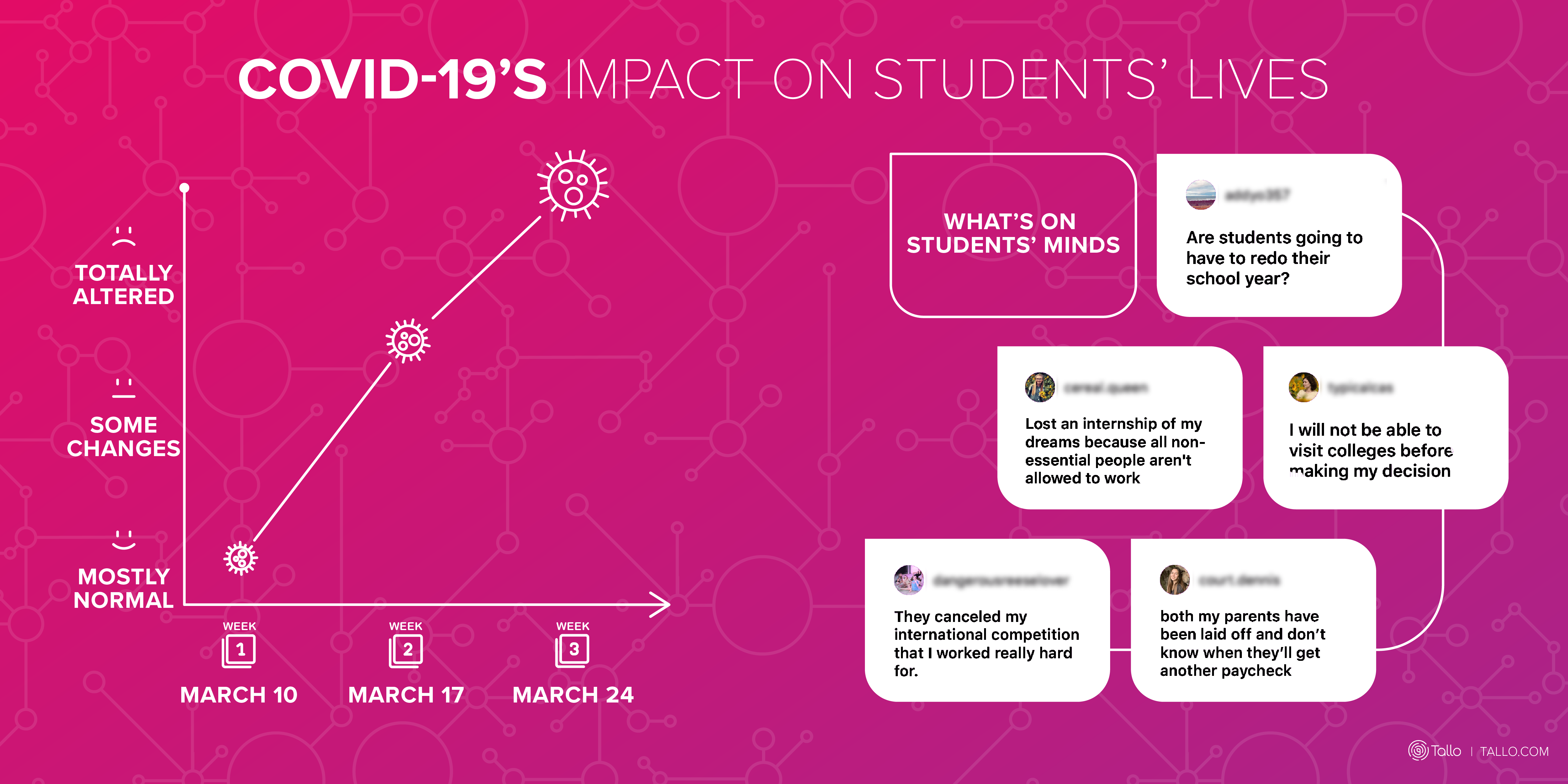 As shown below, during the first week only 12% of students reported that their school or work was canceled. Just one week later, that number jumped up to 94%, and remained there for week three. As coronavirus continued to spread and gained more attention, we also saw the number of event cancelations increase from 39% in week one to 98% just a week later. Similarly, while only 18% of students’ classes or jobs shifted to virtual classes and meetings initially, 63% made that switch week two, and 76% week three. 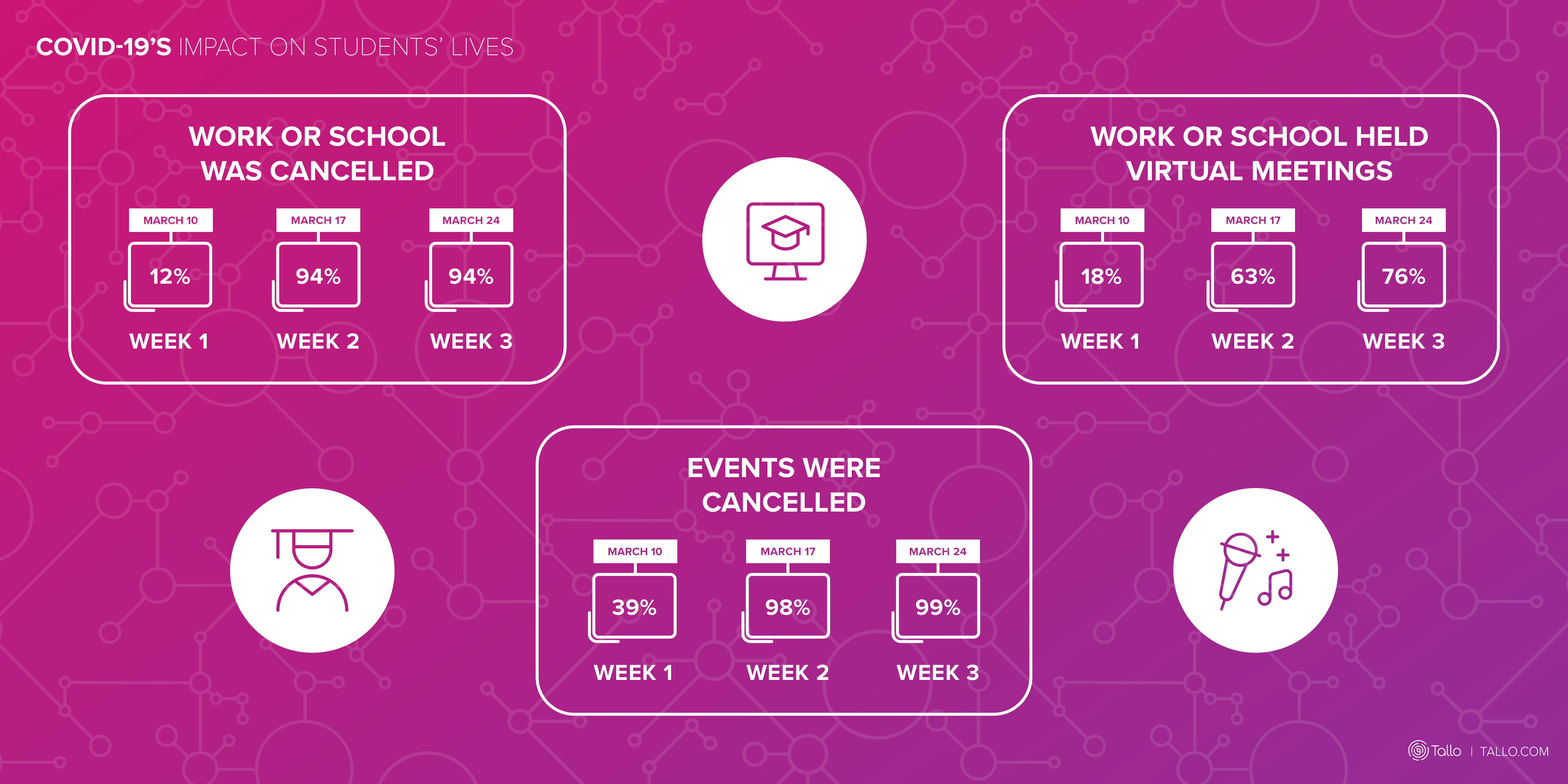 Week to week, students’ main concerns shifted between three definitive stages. Week one, students’ were primarily worried about basic hygiene and access to supplies, noting that stores were starting to run out of toilet paper and hand sanitizer. Their responses showed more disappointment and frustration the next week, when they listed off events, school activities, and travel plans that were canceled amidst the start of social distancing and travel restrictions. Week three responses took on the most negative tone, as it became clear the effect that quarantine, layoffs, and closures were having on students’ stress levels. The loss of their jobs, their parent’s jobs, on-campus housing, normal school routines, and interactions with friends, classmates, and professors started to bring on anxiety and feelings of isolation. Some students went so far as to state their “mental health is suffering” and they’re experiencing “major anxiety.” 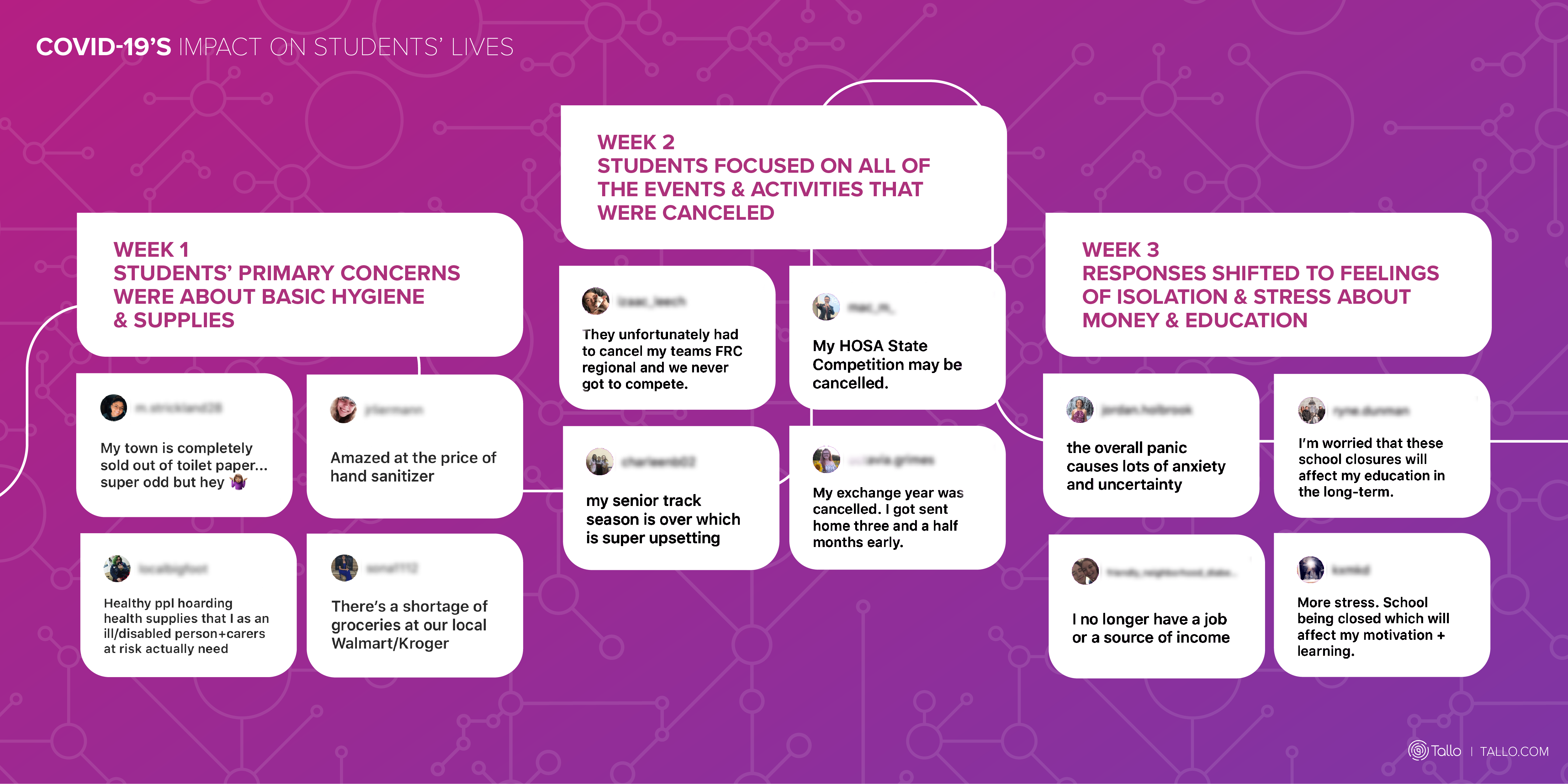 For all the students reading this, thank you for sharing your thoughts with us. Know that you’re not alone, and high school and college students around the world are struggling with the same feelings of boredom, isolation, and uncertainty. No one knows what will come next, but Tallo will be here to ask questions and keep the communication open! And in the meantime, Tallo has compiled some resources for mental health info, live-streaming workouts, a captivating book list, and of some shows to watch.