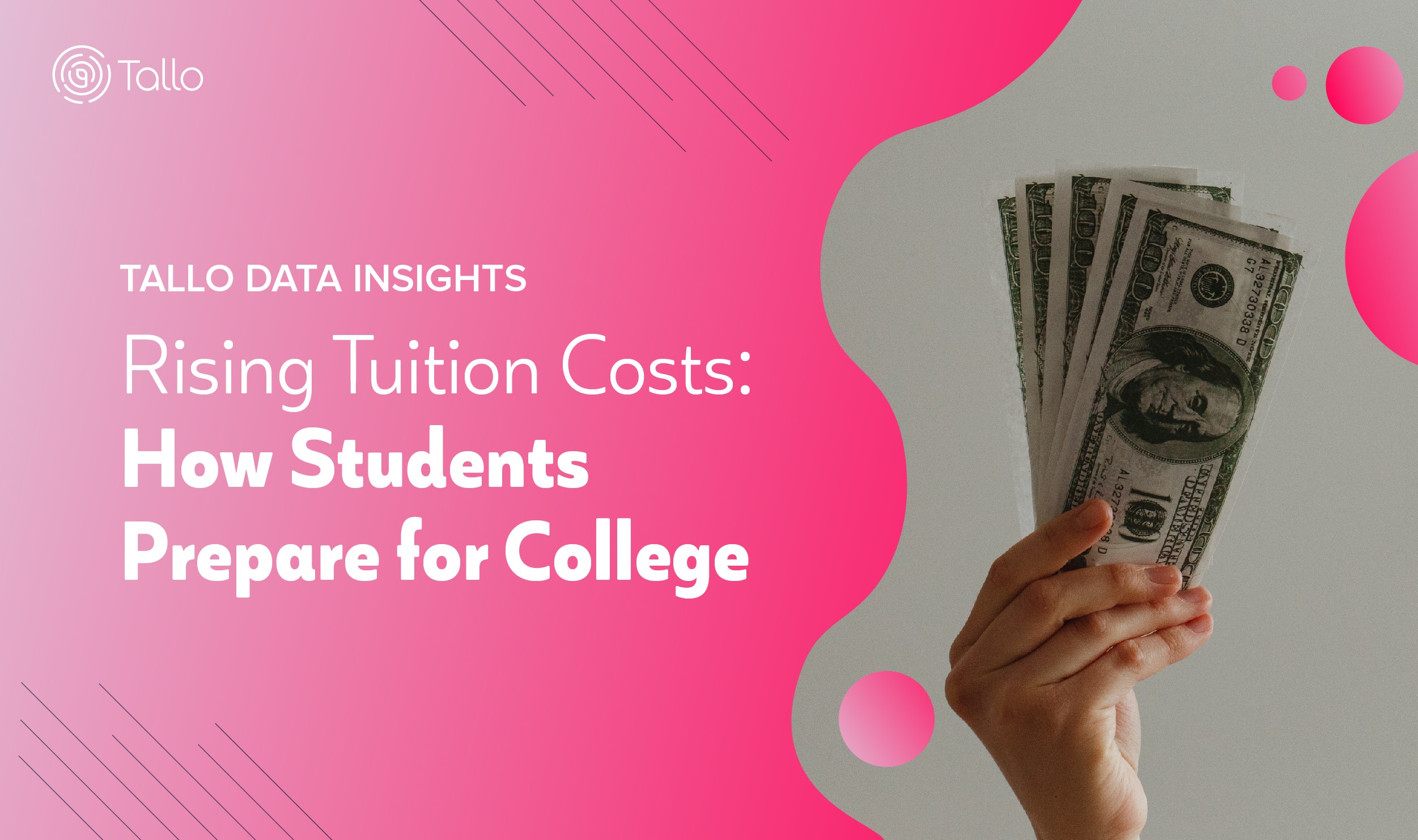 $1.73 trillion — that’s how much Americans currently owe in student loans. This may feel like an overwhelming number, but it’s important that students and their families pay attention to the current reality of pursuing a four-year degree in the United States. As today’s high school students navigate the college application process, it’s impossible for them to approach it in the same way their parents or families may have a few decades ago, as the average cost of higher education tuition and fees has more than tripled from 1971-72 to 2019-2020. At Tallo, we’ve provided resources to help students go to college for free and to guide graduates on how to reduce student loan debt, but we also wanted to go directly to the source to learn how students are currently preparing for their next steps in their educational journey. From August 9 – August 22, 2021, we asked a national sample of 2,501 students about their plans for saving for college, and what they’re ultimately looking for in a higher education environment.

What Students Want From a College

When we asked students to report the #1 thing they’re looking for when choosing a college, the majority (63%) selected “Academics and/or major.” Financial aid and/or scholarships took second place with 22% of the vote, while campus life and/or extracurriculars (6%), college town and/or surrounding area (5%), admissions selectivity and/or reputation (3%), and social scene (1%) all fell towards the bottom of the list.

Additionally, we asked students to share their top priority at school. Nearly half of surveyed students (48%) selected “learning.” Earning good grades came in second place at 26%, preparing for postgraduate life took third at 22%, and clubs and/or extracurricular activities (2%), friends (1%), and sports (1%) were the three least popular options.