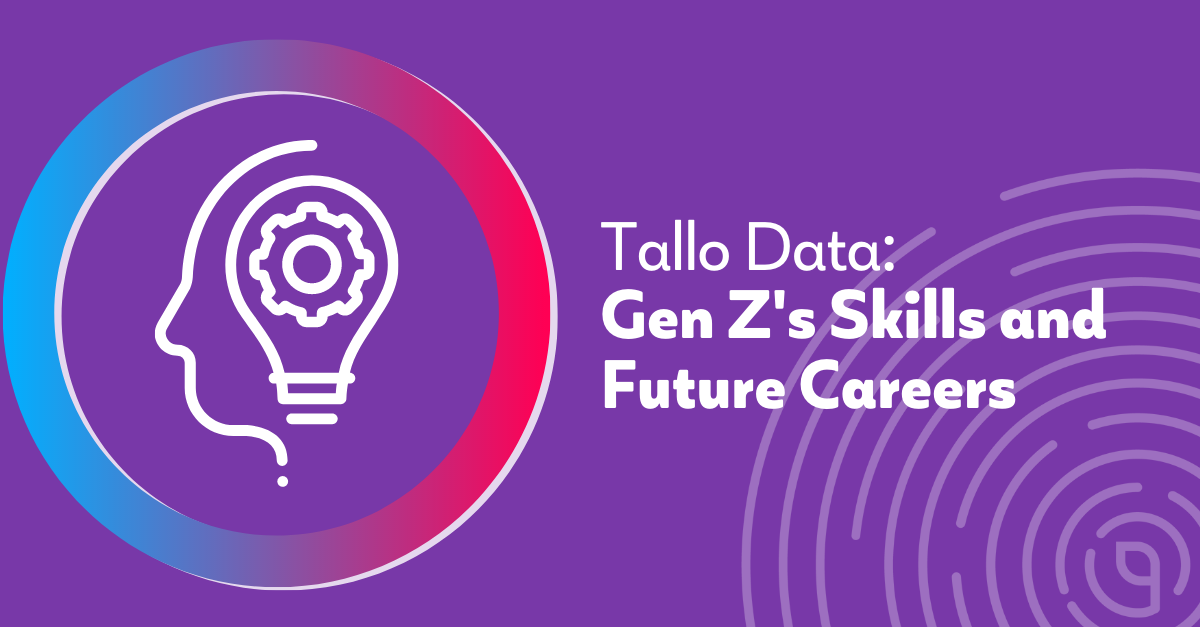 Generation Z is preparing to take the workforce by storm. Members of this future generation — comprised of individuals born after 1996 — are getting ready to graduate and start their careers in the midst of a global pandemic and a tight economy. We wanted to learn more about how Gen Z is thinking about their future careers: how they identify and define their skills, their relationship with technology, and how they make new connections and strengthen existing professional networks. So, we compiled responses from over 2,400 Gen Z high school and college students, and pulled together three major trends.

Generation Z is future-oriented when it comes to their careers.

Don’t underestimate the workforce’s youngest generation. Ninety two percent of the 2,400+ Gen Z respondents reported that they already have a career plan. And this isn’t just for those Gen Zers who are close to graduating and searching for their first job. Of the 1,400+ respondents currently in high school, 92% reported that they’ve created a career plan (94% of the respondents currently in college said the same). When asked about the most important elements of creating a career plan, respondents reported that finding careers that match their skills, potential career options, SMART (specific, measurable, attainable, relevant, time-based) goals, and salaries and other benefits were at the top of their list. A growing job market and a company’s location are less important.

Gen Z is taking the “soft skills gap” more seriously than you may think.

If you’re tuned into conversations on the “Future of Work,” you’re likely familiar with thought leaders lamenting Gen Z’s lack of soft skills and contributing to the “skills gap.” They blame an overuse of technology and underdevelopment of soft skills while in school. We went directly to the source to ask Gen Zers about soft skills, and the results may surprise you. First off, any type of “soft skills gap” isn’t due to lack of awareness from students. Ninety two percent of Gen Zers reported that they are able to confidently identify which soft skills they have.

A willingness to try new things also appears to be one of Gen Z’s strengths, as “stepping outside of your comfort zone” was selected as the best way to develop soft skills (37%). That response was followed by being open to feedback (15%) and communicating often (15%). At the bottom of the list were taking on a leadership role (3%) and observing others (3%)

COVID-19 has heavily impacted many aspects of Gen Zers’ lives, and soft skills are no exception. When asked which new soft skill they’ve developed during the pandemic, nearly half (46%) selected adaptability. Despite disruption to education and career plans, the future generation is getting a crash course in adaptability that will be sure to pay off later.

Empathy (8%) and relationship building (7%) ranked much lower on Gen Zer’s list of skills they’ve developed during the pandemic, but the majority of Gen Z doesn’t blame technology. Seventy two percent said they do not believe technology has weakened their ability to maintain strong interpersonal relationships or develop people skills.

Gen Z sees pros and cons when it comes to virtual events.

For both types of virtual fairs, Gen Zers said that the best part was getting to learn more about companies and colleges that they’re interested in. Other top picks for pros included getting to meet with company and college recruiters quicker, and the online event process being simpler than an in-person fair. The top choice for the worst part of a virtual event remained the same for both high school and college students: they felt that they didn’t make as strong connections with recruiters as they would have during an in-person fair. Other possible issues, such as technology not working correctly, didn’t rank as a top concern for Gen Z.

Want to learn more about Generation Z’s perception on higher education and the workforce? If you have questions that you’d like us to ask our community of over one million Tallo users, let us know here.

Tallo is an online platform with one goal: connect talent with opportunities. Students and professionals use our app to build digital profiles and figure out the next step that’s right for them. Colleges, companies, and organizations use Tallo to find the talent they need. Contact us to learn more about how you can connect with over one million talented Tallo users.