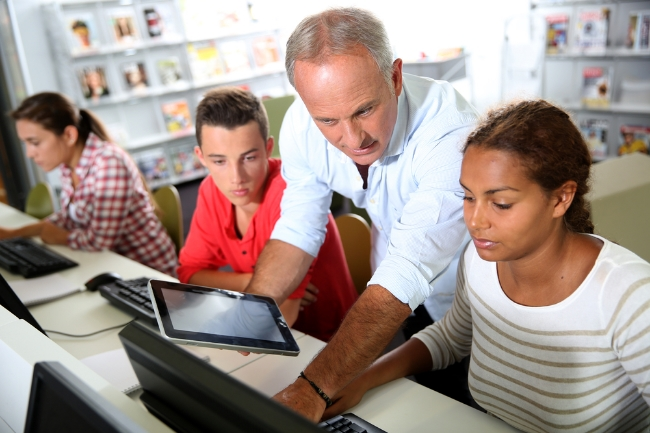 Seven years ago, IBM realized that their talent pipeline strategy needed an overhaul. Like a poorly managed pension fund, the output it was generating would eventually be outstripped by an ever-increasing need for specific skills and knowledge; their system was no longer a long-term solution. It needed a fix before it all came crashing down.

“There’s a war for talent across all our competitors,” said IBM Foundation President Jennifer Ryan Crozier, “We know we’re going to need a lot of different pathways to bring talent in.”

So in 2011, IBM became the first “P-Tech” business, partnering with a Brooklyn high school and the City University of New York. The intended outcome? To produce qualified candidates for the types of jobs which IBM knows will face critical talent shortages in the future.

P-Tech is a six-year academic and vocational tech program which allows students in grades 9 through 14 to simultaneously earn a high school diploma and an industry-recognized associate degree while also gaining relevant work experience in emerging fields.

Since 2011, more than 400 additional organizations such as Motorola, Verizon, and Dow Chemical have joined IBM in this exponentially-expanding experiment with over 80 high schools across the country. The companies offer input on the curriculum, bring students on site, pair them with employee mentors, and offer paid internships.

These organizations know they are on the cutting edge of talent pipeline management. The investments they are making today have placed them on the inside track, and are putting them in prime position to attract the skilled workers which these programs aim to produce in the years to come. In most cases, it’s the first professional contact these students ever experience.

“This is about preparing the next generation of the workforce,” Crozier says. “It’s not a short-term fix for roles we have open today,” she said.

Of course, not every organization has the vast resources of Verizon, Dow, or Big Blue to develop such robust recruiting programs.

That is where Tallo levels the playing ground.

By utilizing the Tallo platform, companies and organizations can tap into a digital environment of hundreds of thousands of high school students across the country. You can connect and build relationships with these students – the same way that IBM does – without investing millions of dollars to do it.