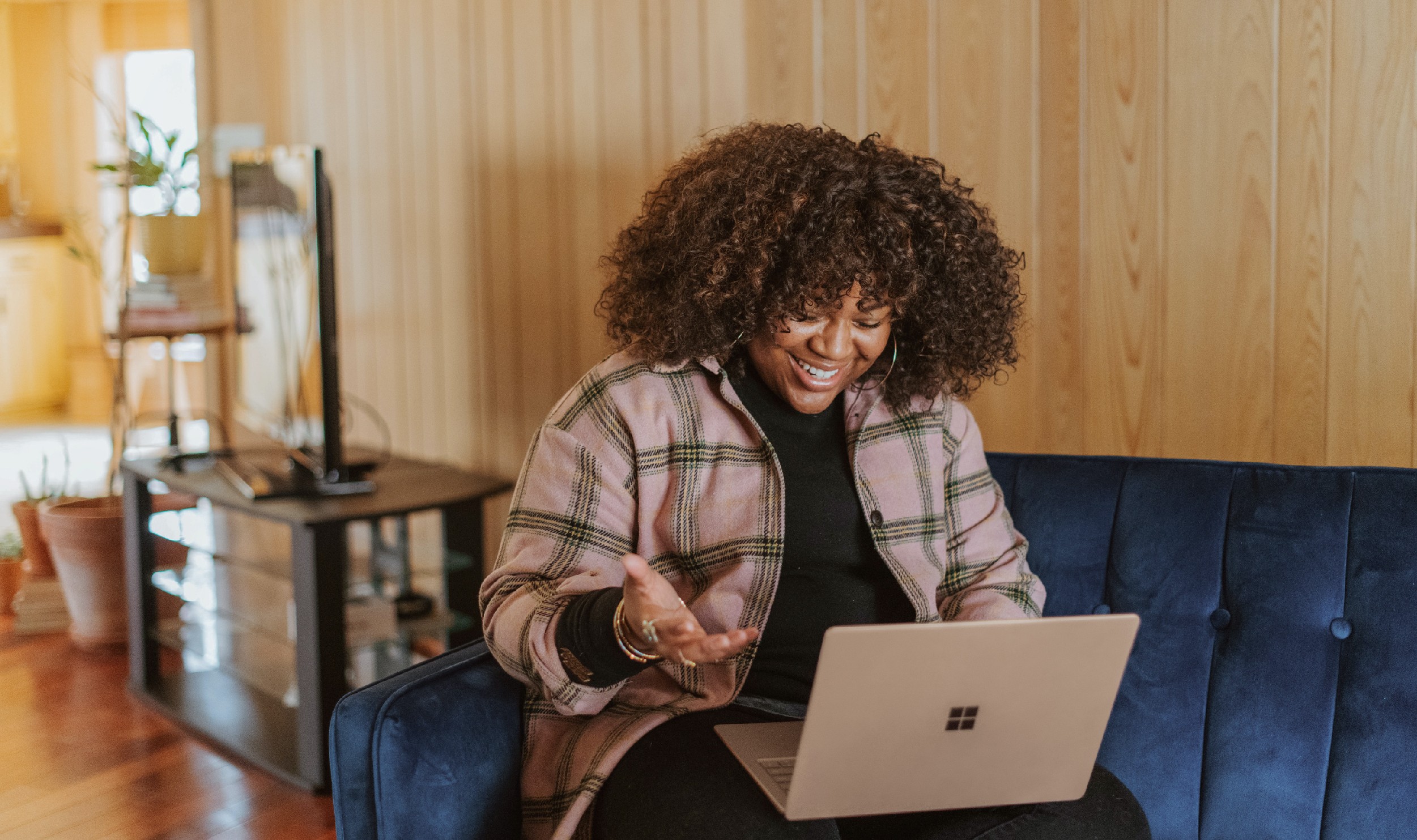 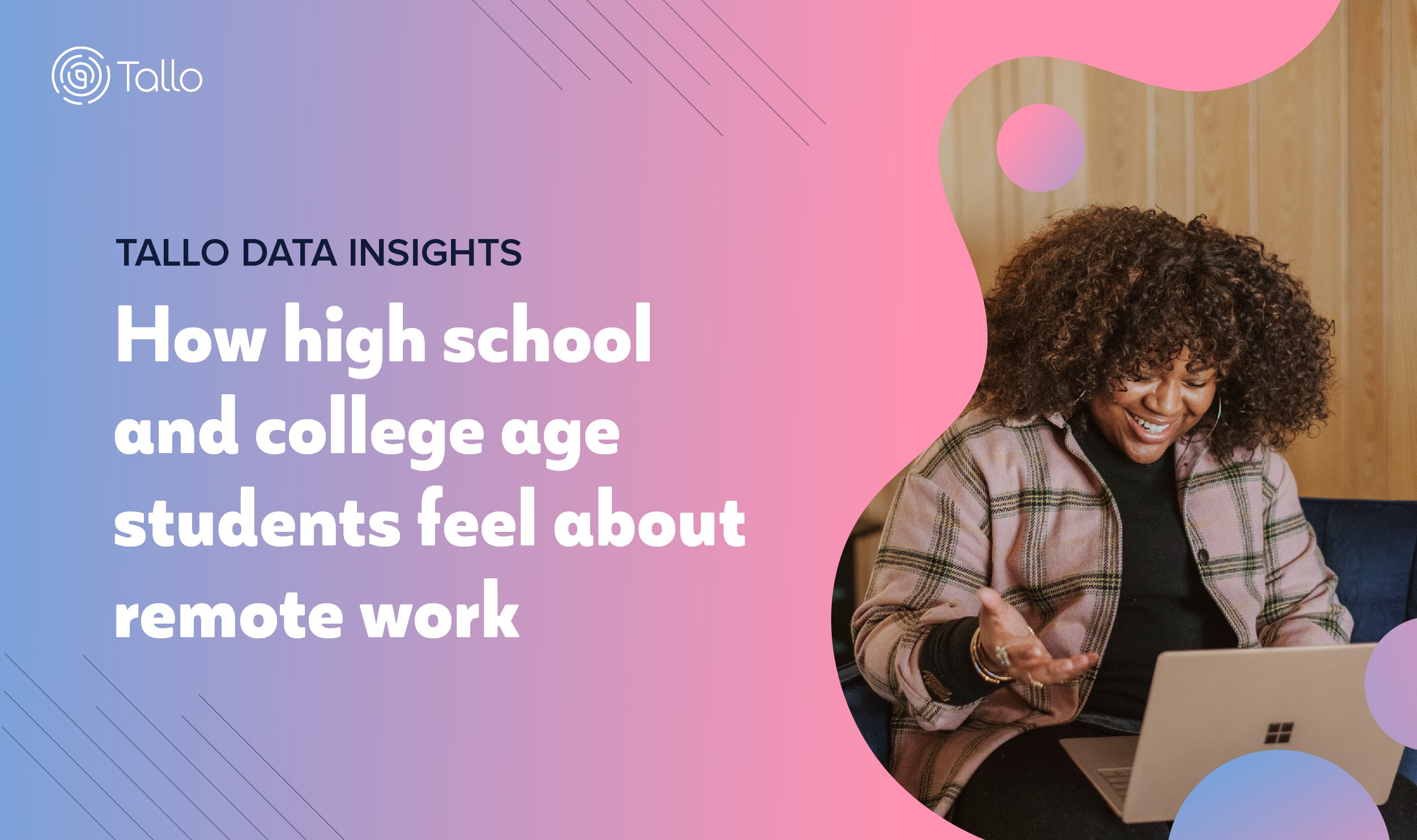 Remote work is likely here to stay in some way, shape, or form.

The question that we face today is, is it for everyone?  Employees have experienced both the negatives and positives of remote work. Some find the lack of boundaries between work and home life grueling, and the lack of casual in-person conversations demoralizing. Others celebrated the end of commuting and the new-found freedom to live anywhere.

Employers trying to set their remote work strategy and simultaneously attract talent may feel the need to lean into Zoom meetings and Slack as much as possible. After all, if remote work is the cutting-edge workforce trend, then the next generation of talent, today’s high school and college age students, must be 100% committed to it. Right?

Well, not exactly. As is often the case with early talent, the reality is a little more complicated.

Here’s what you need to know about remote work and early talent.

It’s true that early talent is not by and large opposed to remote work. Forty four percent of those surveyed agreed they would accept a role in a company that was mostly virtual, while another 20% strongly agreed. Only 13% disagreed, and only 2% strongly disagreed. 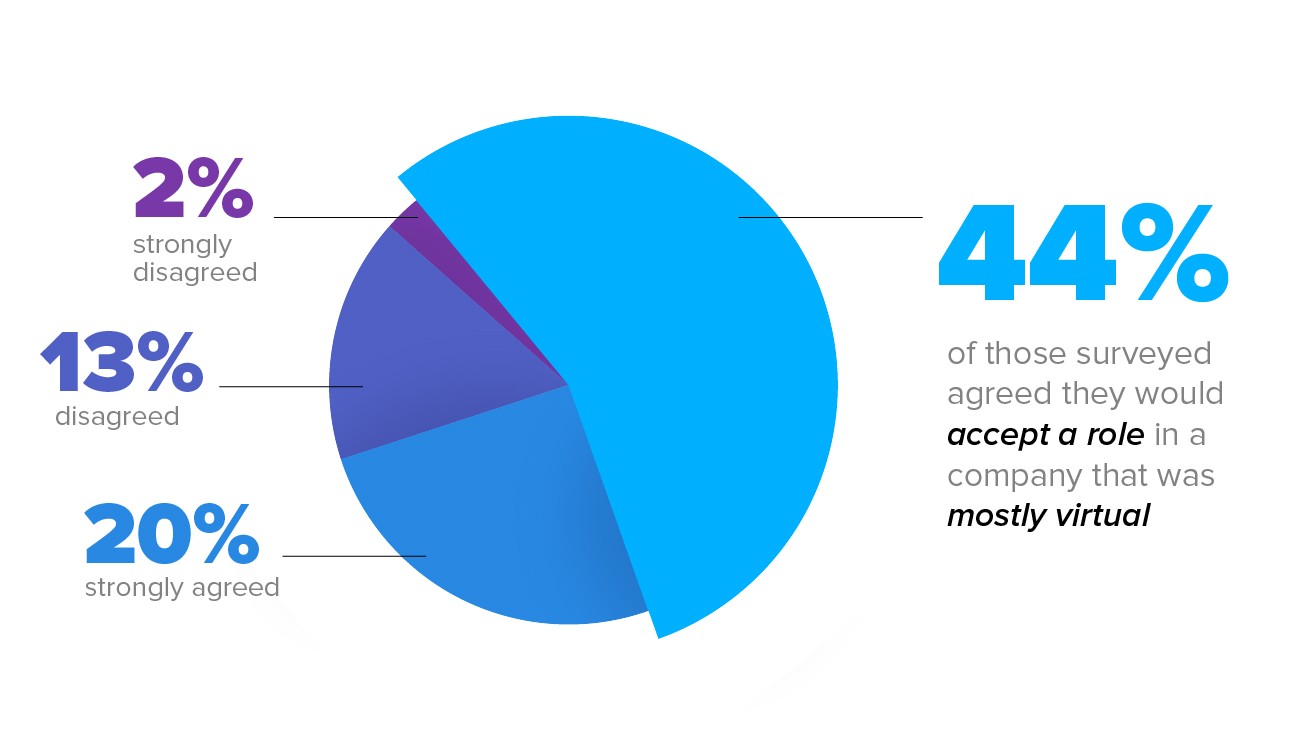 And they’re overall quite confident that they can be productive in that environment. Eighty five percent either agreed or strongly agreed that they would be able to maintain productivity in a virtual environment.

And 62% believe that they can have just as big an impact working remotely as in-person. Clearly, early talent is open to remote work, at least in theory.

Before ditching the office park entirely, it’s worth thinking about exactly what kind of remote work early talent is interested in.

Often, our conceptions of remote work involve the most dramatic scenarios: someone working for an office in New York while typing on a beach on Bali. But often, remote work simply means spending some—not all—of your time working from a home office not too distant from your workplace. In fact, it’s this hybrid model that early talent prefers. When polled, 37% of early talent said that they preferred to work 50% of the time in an office and 50% of the time remotely—the highest share for any of the options offered.

The next most popular option, working 75% of the time in office and 25% of the time at home, received 21% percent of all votes. That handily beats the 100% remote option, which came in dead last at 11%. At 13% of the votes, working 100% in office was actually more popular with early talent than working 100% remotely. Early talent has real apprehension about remote work.

Here’s where the story gets more complicated. Even though early talent is very open to remote work, and optimistic about its possibilities, they also worry about its challenges—particularly how it impacts their potential career growth.

When asked whether they thought a lack of traditional “face-time” could hinder their career progression, 36% agreed. That’s the single largest share of respondents, with another 10% strongly agreeing. Only 5% strongly disagree. Especially for those early in their career trajectories, lack of in-person opportunities to connect with mentors and collaborate with peers can be a daunting prospect.

Employers may find new, younger generation employees more ambivalent around remote work than they might have expected—especially for the recent graduates who lost their senior years of high school and college to COVID-imposed Zoom classes.

So, if your business is still coming up with it’s remote work strategy, rest assured that you have options. While the majority of early talent would be open to a remote position, according to survey data, that doesn’t mean they actively want one. And if your company does decide to stick with the remote option, there are ways to make it work for early talent:

It’s hard to know what the future of work will look like in the coming years. As far as early talent is concerned, though, two things seem clear. Remote work is here to stay—but so are traditional models.