Colleges & Universities: Join Tallo's 2022 College Fair of the Year! Learn more.
Support Log In
Are Unpaid Internships Worth It?
Skip to content
Back to Blog

When it comes to internships, you don’t ask for too much. All you’re looking for is something that works with your school schedule, adds strength to your degree, and, ideally, has an amazing snack bar. Coffee that doesn’t taste like mud would also be nice. If those key boxes are ticked off, then you’re all Gucci.

Oh, and there’s one more thing: It would be really, really great if you got paid for your labor.

Related: Do Interns Get Paid?

Whoa. Crazy idea, right? Except, not really. If you’re putting in the work and not just observing someone for a week (which is actually job shadowing, BTW), then you absolutely deserve to get paid for the work you do.

But the unfortunate truth is that not all internships are paid, and that can leave students like you in a pretty tough spot. Are unpaid internships worth it? Or should you pass on the opportunity?

We can’t answer that question for you. What we can do is lay out the pros and cons of unpaid internships to help you make a decision that’s right for your budding career. 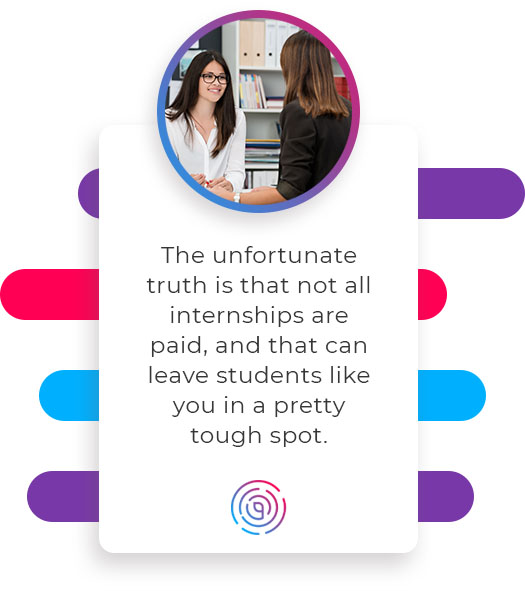 Potential Drawbacks of an Unpaid Internship

The Benefits of an Unpaid Internship

Given all the drawbacks of unpaid internships, should you start applying for all the highest-paying internships you can find? Heck, yeah! Go get that money. 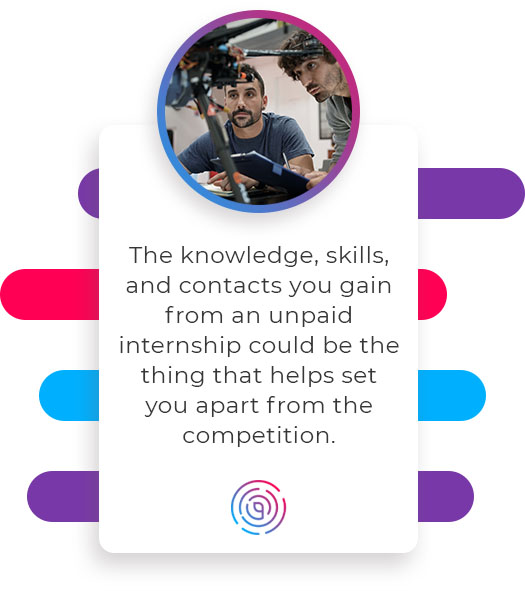 But let’s say that an unpaid internship opportunity comes knocking. What should you do?

Here are some valid reasons why you might want to take the internship, even if it doesn’t pay:

Related: How to Get an Internship

As with any new role, be sure to do your research on the company. If it seems like the right fit for your career, look into potential funding before you take a hard pass on an unpaid internship.