See what's happening at Tallo and get involved! View upcoming events. Check out whats new on Tallo. Learn more.
Support Log In
The Survey is In: Gen Z Demands Diversity and Inclusion Strategy - Tallo
Skip to content
Back to Blog 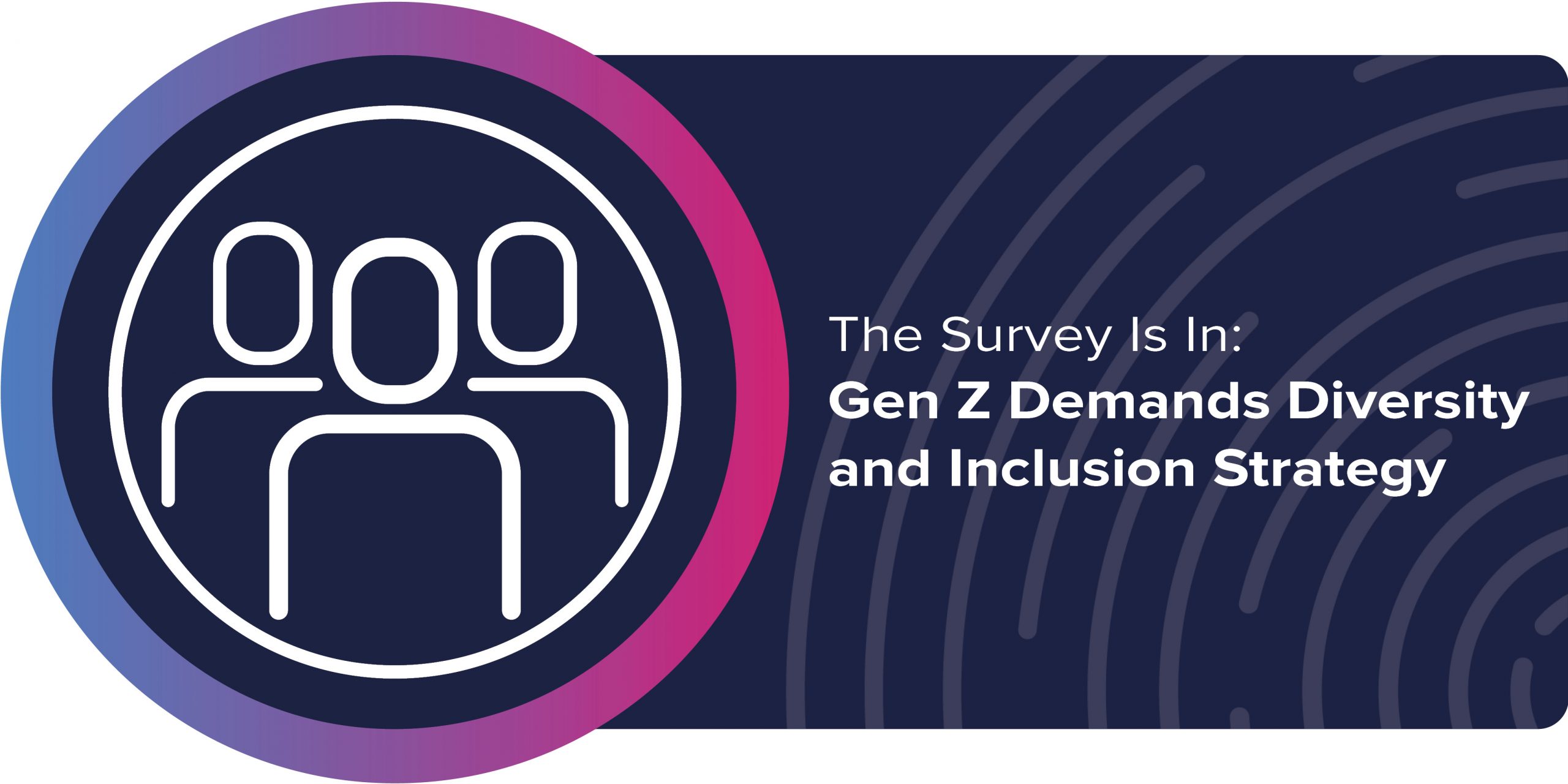 In the words of our CEO and Co-Founder Casey Welch, “If you’re in the business of recruiting Gen Z, you need a diversity and inclusion strategy, and you need it now.” Generation Z, those born after 1996, is the most diverse generation yet, and they expect their future colleges, workplaces, recruiters, and employers to reflect inclusive values. We brought this up with our Tallo community of Gen Zers in a survey in September 2020, and we heard back from over 5,000 high school and college students who wanted to share their thoughts and experiences on diversity and inclusion.

Whether you’re a company or college asking: “How can I recruit more diverse talent?” or a student curious about if your peers have the same opinions about diversity and inclusion in school and at work, we’ve broken down some interesting findings below:

When asked if they’ve ever decided not to apply for a job because they feared being treated unfairly because of their gender, ethnic or racial identity, nearly one in three survey respondents (32%) said they have. Additionally, one in four survey respondents (25%) said the same thing about applying to college. And, based off of what they’ve witnessed in their own school and work environments, this fear is based on personal experiences.

Which brings us to our next finding…

The majority of Gen Z has witnessed or experienced discrimination.

To be clear, “diversity and inclusion” means more to Gen Z than just racial or ethnic identity. Gender identity or expression is also top-of-mind for many Gen Zers. In fact, 88% agree that it’s important that recruiters or potential employers ask people about their preferred gender pronouns. What’s more, 65% strongly agree with that statement. But, this is another area where recruiters are missing the mark: Only 18% of Gen Z respondents have ever had a conversation with a recruiter or a potential employer where they were asked for their preferred gender pronouns.

What would happen if a recruiter failed to use an applicant’s preferred pronouns? Twenty five percent of our Gen Z survey respondents would decline the job offer.

What should colleges and companies do about it?

It’s clear that Gen Zers are looking for more diverse colleges and workplaces, but those expectations begin even before their first campus visit or interview. For starters, they’re paying attention to companies’ recruiters, marketing materials, and websites. Sixty nine percent of Gen Z respondents said they would “absolutely” be more likely to apply for a job that had recruiters and materials that reflected an ethnically and racially diverse workplace.

And the same goes for higher education: When it comes to finding the right college, 27% of Gen Z respondents said that they would “absolutely” — and an additional 34% said they would “probably” — be more likely to apply to a college with a recruiter who shared their ethnic or racial identity.

If a company or college has already achieved a diverse and inclusive workplace or campus, they shouldn’t be shy about making that known. If they’re not there yet but have plans to make greater strides toward achieving a more diverse and inclusive environment, companies and colleges should clearly communicate those plans, and emphasize why they’re prioritizing those plans.

Take the next steps

The Tallo community includes over 250,000 users who identify as racial and/or ethnic minorities (including Black or African American, Asian, American Indian, Alaska Native, and Hispanic) who want to connect with colleges and companies. Colleges can learn more about how we can help recruit a more diverse and inclusive campus here, and companies can learn more about how to recruit a more diverse and inclusive workforce here.